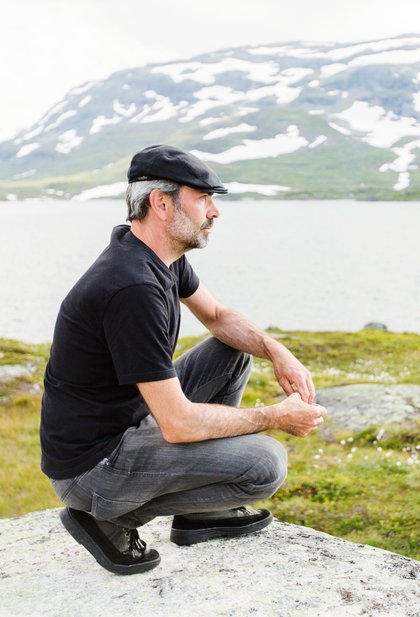 I like to create things. Books for instance, but also beer (www.keun.be) and of course: music.

I started making music in the nineties. Briskey became my musical alter ego, and the first release was Cucumber Lodge in 2003. I put together a live band with splendid musicians like Bart Maris, Isolde Lasoen, Nicolas Roseeuw, Dorona Alberti,… We played a lot of gigs at home and abroad. Playing live had an important influence on the next records. The music became less loungy and more organic. Eventually I even put together a 14-piece band: the Briskey Big Band.

before-during-after (2009) was a turning point. Although it was still released under the moniker of Briskey, it was totally different. No more frivolous latin-beats or old jazz samples. The sound became darker, slower, more melancholic and cinematic. before-during-after was like a soundtrack for a movie that has yet to be released.

And then things changed. I moved from the city to the countryside, finished my PhD and started a brewery. So much to do, so little time. The lockdown put a hold on a lot of things, but it gave me time. It was the perfect moment for reflection and looking at things from a new perspective. I decided to upgrade my home studio and do what I like best: making music.

Literally locking myself up in my home studio, I discovered the endless possibilities of musical software and virtual instruments. I decided I would do everything myself. Making a record from a to z: from composing to mastering. Heis was the first album that came into life this was, Hemma is the second. I call it ‘post-cinematic’ music. Instrumental music, with elements of neo classical, downtempo electronica, dark jazz and post rock. But in the end it’s cinematic:  I tell stories, and take you from one place to another.

Being a 'recording artist' in the first place, bringing this music live is fun too. With a new live band we will translate this studio journey into a vibrant performance.

This is my movie. Enjoy the view.

LISTEN TO MY MUSIC